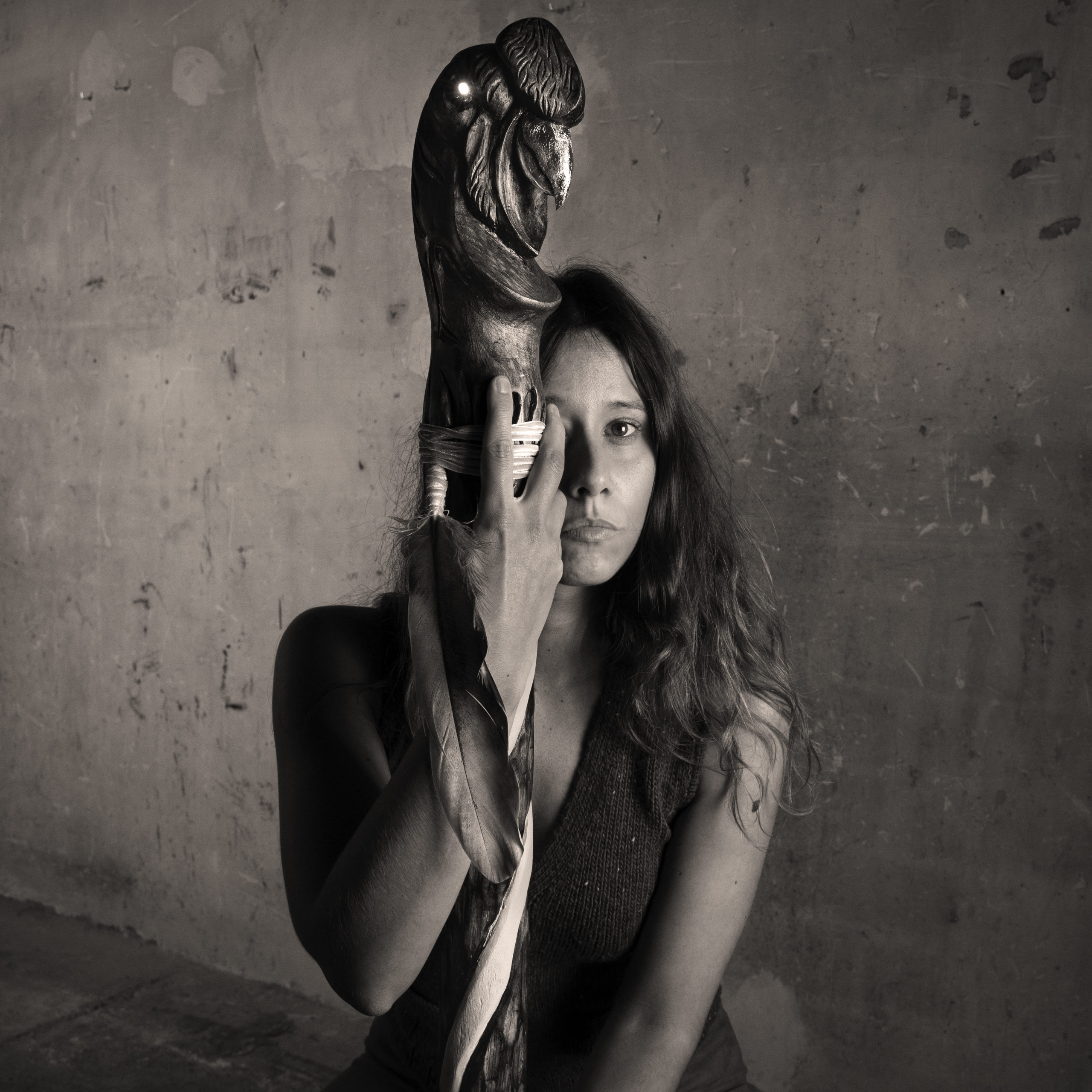 The purpose of my work is to weave a web of feminine spirituality that is intertwined with a diverse collection of experiences, traditions and ethnic worldviews. In this sense, my artistic practice is centred around “co-healing” – a process of transformation as part of a group – with the goal of creating communities that are full of senses and life, allowing people to break free from cultural patterns. Through drawing, painting, performance and art installations, I offer a profound insight into memory, senses, emotions, atmospheres that allow us to find meaning and non-time, arousing the body’s reflexive sensibilities and emotional ties.

My meetings with the healing and weaving women of Central and South America are the embodiment of the discourse the permeates my investigation. My practice with them has allowed me to be aware of my feminine side. I have also triggered my masculine side so that I can be synchronised with the cyclic rhythms of the Sun, Earth and Moon. As part of this syncretism, my work includes objects from my experiences that have a profound connection with these women, “objects of personal power” that subconsciously draw me towards them. Cochineal-dyed alpaca hide has helped me create a new skin for my body. A blossoming that brings about a magical and healing metamorphosis, akin to the qantu, the sacred flower that is reborn in the throes of drought.

Lives and works between Mexico and Madrid.

Cristina Huarte holds a Degree in Fine Arts from the University of Salamanca, which she completed in 2011. In 2019, she received the Premio Artes & Letras (“Arts and Letters Award”) from the Heraldo de Aragón newspaper.

Her most recent major exhibitions include: Kawsay, a project carried out at the KAI artistic residency. (Cusco, Peru). She has been awarded a grant by the Caja Rural Aragón Foundation, where she has also displayed her work. Qantu, which was displayed at the Juana Francés Exhibition Hall (Casa de la Mujer) in 2020 and supported by Zaragoza City Council. The Aún no estás sola (“You Are Still Not Alone”) exhibition at the IAACC Pablo Serrano museum in Zaragoza from 2016 to 2018, which was supported by an artistic production grant awarded by the Government of Aragon. In 2014, she received a three-month artist-in-residence grant at GlogauAir in Berlin. While there, she carried out the Sombras Breves (“Fleeting Shadows») project, which was later displayed at Montemuzo Palace in Zaragoza between 2014 and 2015. Between 2012 and 2013, she embarked upon a project entitled El gesto interior (“The Inner Gesture”), which was showcased at Sala CAI Luzán in Zaragoza.